If you are a landlord of a commercial property, you may find yourself in the circumstances where you need to evict a tenant and take back possession of your property.

This area of the law can be complicated – your best route forward will depend on your specific circumstances and the terms of any lease you have in place. In this article, I look at some of the most common reasons for evicting a commercial tenant and what you can do.

What is forfeiture in commercial property?
Forfeiture is the right of a landlord to regain possession of a property where the tenant has breached the terms of the lease. The right of forfeiture must be included in the lease. However, landlords must be careful to establish that a breach has arisen. If a lease is forfeited where the right to forfeit has not been established, the tenant may be able to bring a claim for wrongful forfeiture. There is currently a moratorium on forfeiture just for rent which expires on 25 March 2022.

Can I evict a tenant if they have not paid the rent?
In response to the Covid-19 pandemic, the rules around evicting commercial tenants for non-payment of rent have changed. To protect businesses forced to close during the pandemic, the Government imposed a moratorium on commercial landlords evicting tenants who were unable to pay their rent until March 2022. In addition, a new code of conduct came into effect on 9 November 2021 and applies to all commercial leases held by businesses with rent arrears caused by the impact of the pandemic. Landlords are encouraged to come to an agreement with tenants about rent arrears rather than begin eviction proceedings.

Regaining possession by forfeiture
If a commercial tenant has not paid rent for the premises, you may be able to regain possession of the property by forfeiture after judgement has been obtained for the debt or after 25 March 2022 depending on how and when the debt as incurred. However, the process can be complicated to understand, and it is essential that you do not take action which may jeopardise your position. We would recommend discussing your specific circumstances with a solicitor before exercising your rights.

Can I evict a tenant if they have breached the terms of their lease?
If your tenants have breached any terms of the lease, you are required to serve a 146 notice before you can take action to reclaim possession of the property. This notice will be served by your solicitor to all relevant parties which includes the tenant, any subtenants, and your mortgage provider. The notice will set out clearly the details of the breach as well as any requirement to take remedial action or to pay compensation.

If the tenant has breached the repair condition clause, you may be required to offer the tenant the opportunity to claim statutory protection. If the tenant decides to do so, they must make this known within 28 days of receiving the 146 notice. The consequence for landlords is that they must seek permission from the court before taking any further actions. This is not delayed until 25 March 2022 and can be relied on now.

If you would like to arrange free half hour consultation with a member of our litigation team, please contact us on 01244 356 789 or email info@cullimoredutton.co.uk.

Householders spending more time at home and in their gardens during the Covid-19 pandemic is fuelling a rise in boundary disputes as infrequent niggles have translated into nagging complaints, with overhanging branches, encroaching tree roots and towering hedges proving to be a major source of disagreement.

But when it comes to overhanging branches, and fruit falling into a neighbour’s garden, there’s not always a clear-cut answer, even where it poses a health threat.

Various protections may impact the right to trim back overhanging branches from a neighbour’s trees, even when they extend over a boundary. And where trees are in a conservation area, or are covered by a tree preservation order, known as a TPO, even the owner will require council consent to prune or fell them.

In one case being heard by the courts, a Surrey homeowner is claiming that an apple tree has made her a ‘prisoner in her own home’, arguing that when the fruit falls and decays it attracts wasps, and she is allergic to their sting. Her actions to cut back the tree without agreement have given rise to a long and bitter dispute, with legal costs now standing at £200,000 amid claims of trespass, harassment and obstruction.

In another, in Norfolk, a mother has been unable to convince the local authority to let her cut back an overhanging walnut tree, despite her daughter having a severe nut allergy. For mother Chantel Beck, the walnut tree poses the threat of anaphylactic shock for her six-year-old daughter Beau, and while she was granted permission to trim the tree back in 2018, when this lapsed and she had not taken action, her re-application was unsuccessful. The council said that the works could affect the health of the tree, and that they were considering protecting it with a TPO.

As well as overhanging branches, tree roots may also pose a problem for neighbour relations as trees which are allowed to grow unchecked, or too close to buildings, can damage foundations and cause subsidence.

Hedges can be equally divisive, particularly when it comes to the notoriously fast-growing leylandii. If a hedge, or a row of trees, grows more than 2m tall and affects enjoyment of a property, the owner can be asked to trim it back.

When a problem has been identified, such as hedge height, overhanging branches or problem roots, and a neighbour refuses to act, the next step is usually to ask the local authority to intervene, and legal action after that.  If tree roots are threatening foundations, then the tree owner could be liable to pay for any remedial works, but only once they have been put on notice to act.

It’s inevitable that more time spent at home will have seen more people looking at their environment and picking up on things which may have passed unnoticed before, but the best approach to boundary disputes is a restrained discussion to discuss the problem and if that doesn’t resolve the matter consider mediation before rushing to the courts. It’s all too easy to let these disputes escalate into a personal battle, which can have more impact on enjoyment of your property than the original problem. You still have to live alongside that neighbour, and nowadays you have to declare any dispute when you come to sell a property.

Even though you are allowed to trim branches or roots up to the property boundary, it’s still best to have a chat first. And if you live in a conservation area, or where trees are protected by preservation orders, then you need to speak to the council before you start pruning. If you don’t, you could find yourself facing legal action for damage to property, even if there is an obvious nuisance. If you don’t feel able to have that conversation, then call in a professional to act as intermediary with your neighbour, or with the local authority.

If you would like to arrange free half hour consultation with a member of our litigation team, please contact us on 01244 356 789 or email info@cullimoredutton.co.uk. 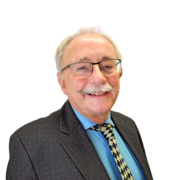 Carrying the weight of unpaid invoices can make doing business challenging. The coronavirus pandemic has caused financial difficulties for many and could be making the problem of late payments worse for both small businesses, the self-employed and freelancers.

The Forum of Private Business indicates that 1 in 4 businesses fall into insolvency as a result of late payment of invoices. While business owners need to worry about paying suppliers, staff members, rent and bills, unpaid invoices can have serious consequences. For freelancers, invoices are direct income and going unpaid can mean getting into personal financial difficulty. With this being the case, can you really afford to wait?

This post looks at five ways you can manage debt recovery and payment procedures in your business.

1. Clear payment terms
From the outset, your clients should know when they are expected to pay you. However, this means setting out in unambiguous terms the work you are doing, when that work will be completed, the cost and when you will raise an invoice for the work. Once you have established a process, draft a document and include it in your terms of work. Such a clearly drafted document can help to avoid disputes and delayed payments. We would also recommend that those terms incorporate provision for interest on invoices paid late , as an encouragement to timely payment .

2. Invoice on time
This may seem simple, but raising your invoice quickly, demonstrates that getting paid is important to you. It also provides the person or business you are invoicing with certainly – they are not left waiting for an unexpected invoice to appear. Ensure your actions match your business terms and be prompt and clear when raising an invoice.

3. Schedule reminders
After you have sent your invoice, be sure to set a reminder for when it falls due and check whether it has been paid. If your invoice has not been paid by the date mentioned, you should send a reminder email or letter. Following up sends a clear message that you take payment terms seriously.

4.  Establish a process for late payments
No matter how diligent you are with your terms of business and chasing invoices, you will likely encounter late payments. You should establish a clear process for dealing with late payments, which may even include the assistance of debt recovery lawyers. You may wish to include several steps in your approach, including starting with a simple phone call to establish why payment is late and when you could expect to be paid. Once you have established your process, you can explain to the client that you have a standard escalation process, which may include charging interest.

5. Getting legal advice
In some cases, it may be necessary to instruct experts to manage the debt recovery process for you. A debt recovery solicitor will initially send a letter indicating that they have taken over managing the debt – in many cases, this is enough to prompt the debtor into paying.

For more information or to arrange free half hour consultation with a member of our Commercial Law team, please contact us on 01244 356 789 or email info@cullimoredutton.co.uk.